Just occurred to me, hard to believe, that I'll be a year older in a month. So then I was looking at some of the dogs and I saw how fast they get older. Of course the first that comes to mind is Missy, our oldest dog, who was three when her owner died and we took her in, over 8 years ago. 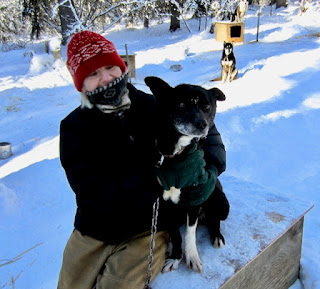 When we got her, she was super shy and Andy to hang on to her just to get a photo. As the years passed, she's gotten a lot friendlier. 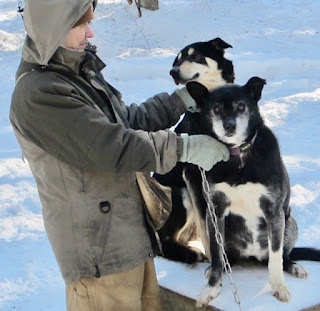 Tambo just had to push in for the photo, but Missy, even with him bugging her, stood pretty still. Like me, she's a lot more gray now, but she's still running up front, leading the team around the neighborhood with the 4 wheeler. Hopefully she'll keep'em going with the sled when we get some more snow, she still acts like she's born to run.
Posted by BJ at 9:03 PM 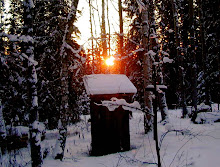